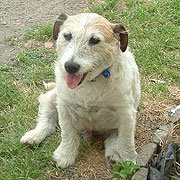 George the Jack Russell was given a posthumous PDSA Gold Medal, the animal equivalent of the George Cross, at a special ceremony in his home town.
He had been out for a walk with five local children, aged between three and 12 years old, when a pair of Pit Bull Terriers set upon them.
The 14-year-old dog sustained significant injuries as he shielded the youngsters from the attack. He later died from his wounds.
Hundreds of people, including the children he saved, turned out to honour George at the presentation in Manaia, New Zealand.
Governor-General Anand Satyanand handed over the award to George's owner, widower Alan Gay, on behalf of British veterinary charity PDSA.
The medal was hung around the neck of a statue of the brave dog, which has been erected in the town in his memory.
"There's no doubt that George was a small dog with a lion's share of courage," said PDSA director general Jan McLoughlin.
"Each account of his devotion to the five children on the day of the incident tells of a dog that was not afraid to face great fear in order to protect his friends.
"The children will never forget George's sacrifice and PDSA is proud to honour this exceptionally brave dog."
The PDSA Gold Medal is the highest honour for outstanding animal bravery and exceptional dedication.
Notícia aqui
Posted by Unknown at 11:06 AM 1 comment: 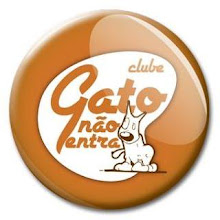